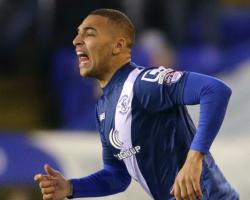 Players from both sides became involved in a melee towards the end of the game at St Andrew's, which was sparked by Birmingham substitute James Vaughan's late tackle on Wednesday midfielder Ross Wallace.

"Birmingham City and Sheffield Wednesday have been fined ÃÂ£8,500 and ÃÂ£10,000 respectively and warned as to their future conduct following their game on 6 February 2016," read an FA statement

"It was alleged that in or around injury time in the second half, both clubs failed to ensure their players conducted themselves in an orderly fashion.

"Both clubs admitted the breach of FA Rule E20[a] and their cases were heard by an Independent Regulatory Commission on Tuesday 16 February 2016."