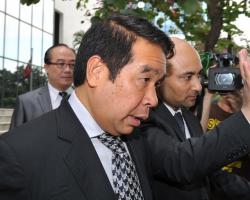 In-form Birmingham will be without Tom Adeyemi and Aaron McLean for the visit of bottom club Barnsley on New Year's Day.


Midfielder Adeyemi was forced off in the first half of Sunday's 3-2 victory at Blackburn nursing a back injury.


Striker McLean, meanwhile, missed the game altogether due to a hamstring problem and the pair will play no part against the Tykes as Blues aim to extend their nine-match unbeaten run.


Forward Jesse Lingard serves the second game of his three-match suspension, with his loan stay from Manchester United set to expire on Wednesday, although boss Lee Clark remains keen to agree an extension.


Barnsley midfielder Tomasz Cywka hopes to return to the starting line-up as boss Danny Wilson bids for his first win since returning to the club.


Cywka scored a fine goal in Sunday's home defeat to former club Derby after stepping off the bench to give Wilson plenty to think about.


Winger Paddy McCourt shook off a hamstring strain in time to start on Sunday and lasted 57 minutes before being replaced by Marcus Pedersen, who is pushing for a recall.


McCourt may be assessed, but midfielder David Perkins, plus defenders Bobby Hassell and Lewin Nyatanga are also hoping to return to starting line-up.