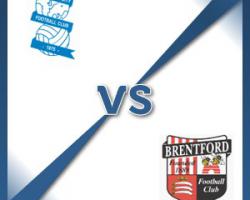 Birmingham V Brentford - view commentary, squad, and statistics of the game live.Rowett could ring changesBirmingham boss Gary Rowett may be tempted to make changes to end their winless run against Brentford.Blues are on an eight-game streak without a victory in the Sky Bet Championship after their 4-2 defeat at Ipswich on Tuesday

Rowett has no fresh injury worries after David Davis recovered from a knee problem to play, and score, at Portman Road

Michael Morrison (ankle), Gavin Gunning and Matt Green (both knee) are all out.New signing Liam Moore goes straight into contention for Brentford, who are chasing a third successive win and a return to the play-off places.Manager Mark Warburton brought the Leicester defender back to the club on a loan deal lasting until the end of the season on Thursday.Left-back Jake Bidwell is available for selection once again after completing his three-match ban having been sent off against Watford.Scott Hogan (cruciate) remains a long-term absentee but January signing Lewis Macleod (hamstring) is closing in on a return and his Bees debut