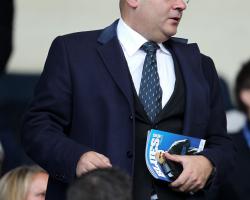 Birmingham V Ipswich - view commentary, squad, and statistics of the game live.Blues duo set to be fitDavid Davis and Lee Novak are expected to shake off injuries for Birmingham's clash with Ipswich

Conor Sammon will be hoping to be involved from the start for Ipswich's trip to St Andrew's.The striker, currently on-loan from Derby, came on as a second-half substitute during Saturday's defeat to Reading.Defender Elliott Hewitt faces a late fitness check after suffering a slight groin problem on the weekend but is expected to train on Monday.Jonathan Parr could make his first appearance since returning from his groin injury while Paul Anderson (hamstring) may also get the nod after completing 45 minutes against the Royals