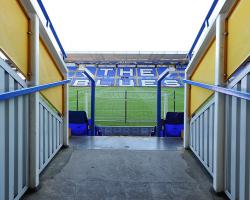 Birmingham International Holdings have called in the police to investigate after fears 30million Hong Kong dollars could have been lost since December 2013.

A statement from Birmingham International Holdings read: "The board has recently discovered that as at the date of this announcement a former employee of the company may have misappropriated a sum of at least HKD 30million belonging to the group since December 2013.

"The company has reported the suspected misappropriation to the Hong Kong Police Force and they are currently investigating the matter.

The board will continue to regularly inquire the development of the Investigation and re-assess its impact to the operation and financial situation of the group from time to time.

"The board will consider setting up an investigation committee to look into the s uspected misappropriation and see how to improve the internal control system of the company."

The issue was raised by the board members as they try to be as transparent as possible amid a boardroom battle involving former Birmingham owner Carson Yeung, who is serving six-years for money laundering.

Press Association Sport understands the alleged loss of the money will have no bearing on the Sky Bet Championship side; their day-to-day operation will not change and the Football League are satisfied with the club's current situation