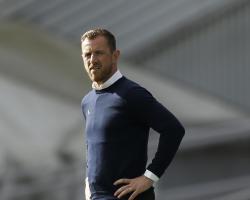 Blues travel to Griffin Park in the Sky Bet Championship on Tuesday having lost 2-0 at home to Rotherham on Saturday, with the Millers also having parted company with boss Steve Evans

Brentford, 19th in the table, parted company with Warburton wanting a change in structure and Rowett feels the traditional manager is being phased out

He said: "A lot more clubs are doing it, there are going to be less and less Championship managers who can solely pick the team

Every club does it their way and football moves in cycles, 20 years ago the manager would have been the definitive voice, things are changing."

Birmingham are ninth in the table and would move into the top six with a win on Tuesday but despite playing with Carsley, Rowett admitted he will not know what his friend will do at Griffin Park

He added: "Not really, I know he didn't like peas in his omelette, he used to have it every Saturday - chicken omelette