Gary Rowett staying open-minded as he waits for right role 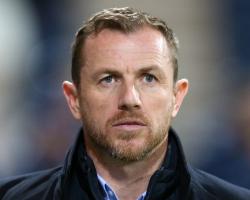 "That's one door shut and another one opens," the former Burton boss told Sky Sports News

"I had a couple of phone calls the next morning.

"I'm not desperate, if something comes along that is really attractive then fantastic, I would start tomorrow

I feel ready to go.

"At the same time, I'm not in a massive rush

"I want to manage at the highest level, anybody does

But at the same time, I've been in League Two with Burton Albion and I absolutely loved every minute of that, so I certainly wouldn't limit myself.

"But of course I'm like most people, I've loved working in the Championship - the crowds, the big games - and I think for me I want as exciting an opportunity I can get."

Rowett arrived at St Andrew's in October 2014 with the club struggling in the relegation zone and having just been thumped 8-0 at home by Bournemouth.

He admits to being surprised by his sacking last Wednesday but has no issue with the club's decision.

"It was a little bit of a shock but these things happen in football," he added

"You've always got to bounce back and view it as positively as you can.

It's no different from me going in and perhaps not liking one of the players and wanting to play a different player.

"When you've been in football for quite some time, things go on behind the scenes

I have no real issue with anything that happened

I certainly wish Gianfranco Zola all the very best with what I think is a really good group, a really honest group of footballers that will work incredibly hard for him.

"So again, it's football and I have no problem whatsoever with that and I think Birmingham and they way they did it and how they dealt with me was pretty dignified."