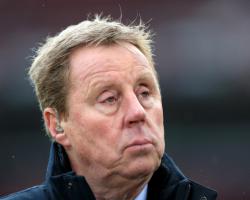 Here, Press Association Sport takes a look at some of the numbers behind his managerial career to date.

After starting at Bournemouth in 1983, he took charge of West Ham, Portsmouth (twice), Southampton, Tottenham, QPR and then Birmingham after a short spell as boss of Jordan's national team

He also worked for Derby as a football advisor in 2016.

2 - promotions to the Premier League

Redknapp then won the Sky Bet Championship play-off final with QPR in 2014.

9 - the losing margin on his managerial debut

However, he secured a 2-1 win in his first game as the club's permanent manager a year later.

They beat Hull in the Football League Trophy final

He later went on to win the Third Division title with the Cherries in the 1986-87 season.

2010 - the year he was named Premier League Manager of the Season after guiding Tottenham to fourth place.