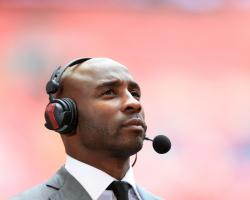 The midlands club named Gianfranco Zola as manager last week only hours after sacking Gary Rowett, but failed to interview a BAME contender for the role despite agreeing to a voluntary English Football League (EFL) code to do so in June.

Birmingham were one of 10 EFL clubs to commit to interviewing at least one BAME candidate for every senior first-team role but they now follow Wolves in failing to apply the code, with their Championship rivals doing so when Walter Zenga replaced Kenny Jackett in July.

Speaking to Press Association Sport, Roberts said: "It's hugely frustrating but that's the issue with having a voluntary code

There is no obligation.

"You have to commend the EFL for trying to do something, but the devil is in the detail and these clubs are not following through with it.

"This isn't about Zola per se - it's about the bigger picture

The EFL has to show it's serious about making this work because the situation isn't getting better.

In years to come we'll say 'how did we put up with it for so long?'"

BAME players now make up around a quarter of the professional ranks in the English game, but that diversity is not reflected in the dugout or the boardroom.

There are currently only three BAME managers in the top four divisions and a recent study by the Sports People's Think Tank found that only one in 25 managers, assistant managers and senior coaches in the professional ranks are not white.

Roberts, who played more than 500 games during a 17-year career that included successful spells at Blackburn, West Brom and Wigan, said the answer is to "tackle football's closed networks" and make the recruitment process more transparent.

The 38-year-old Londoner believes football should introduce a version of the NFL's 'Rooney Rule' - a mandatory version of the EFL's voluntary code - as this gets "diversity candidates in front of decision-makers".

"They might not get the job but they might make an impression for the next time, or the chairman could recommend them to somebody else," Roberts said.

When asked about the surprising decision to replace Rowett with Zola, a spokesman for Birmingham, who are under new Chinese ownership, said: "In June 2016, Birmingham City implemented the BAME policy with regards to its recruitment process for the position of team manager.

"However, should it choose to do so, the club may also operate outside this policy when they feel appropriate to do so and may choose to appoint a 'specific, targeted' individual to the role without undertaking a BAME process.

"The board can confirm on this occasion they chose to opt for Gianfranco Zola as a targeted individual as well as targeting his backroom staff."

An EFL spokesman confirmed that the club had not breached the code because it only applies when "they run a full recruitment process".

For Roberts, the real issue here is a lack of will in the game to make a change - a situation he contrasts with the City's moves to make company boardrooms less male-dominated.

The former Grenada international, however, is determined to do something about this and is currently adding a UEFA-backed football administration course to the governance qualifications he has already earned via the Professional Footballers' Association.

On Saturday, former Chelsea and Italy star Zola watched his side lose 2-1 at home to Brighton - coincidentally one of the three teams in the 92 top clubs with a BAME manager in Chris Hughton.