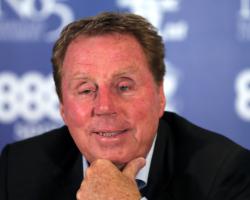 The Sun on Sunday has reported that the 70-year-old needed emergency surgery to remove a tumour from his bladder after being urged to seek medical help by his wife Sandra.

Redknapp, who was appointed Birmingham boss in April and helped them avoid relegation from the Sky Bet Championship, has since been cleared to take pre-season with Blues after test results came back negative.

The former Tottenham and West Ham boss told the paper: "I could feel it in my body - I knew it wasn't right.

"This is the first time I've been properly worried.

"I knew I didn't feel good, you know when something isn't right, but it was Sandra who pushed me to the doctor in the end.

"They cut it out, took it away, sent it away to make sure it is not malignant and luckily everything was OK

I know I am fortunate."

Redknapp says he now has to go for regular checks.

He added: "They cut it out, there was no other option

Once they did that I was up and about after a couple of days.

"I am relaxed about it now because what can you do?

I have to go for check-ups every three months now."