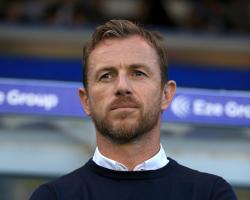 Villa have lost to Leicester and West Brom in their last two games, while Birmingham are seventh in the Sky Bet Championship and former Charlton defender Morrison believes keeping cool heads is key

"It will be an evening for cool heads, obviously people are going to be getting excited and want to put in challenges, work hard and show all the fans they care as well - which they all do," he told the Birmingham Mail

"We are a real honest bunch, you just have to look every week how hard the lads work, not only from the back, from the front as well.

"There is no reason why we can't go there and cause problems."

Clayton Donaldson is set to lead the line with Demarai Gray in support and Rowett admitted he will pick his strongest side.

He told a press conference: "I can guarantee every single player wants to play, we certainly won't be rotating players or keeping anyone fresh so will put out our strongest team we have available that I think can win the game

In whatever formation or individuals who play.

"When you have got a small squad and you are champing at being up and around the promotion places this season in the Championship, we viewed this competition as an opportunity to keep people fit.

"The first thing you notice when the draw is made is 'I don't think we will able to make nine changes in that game'."